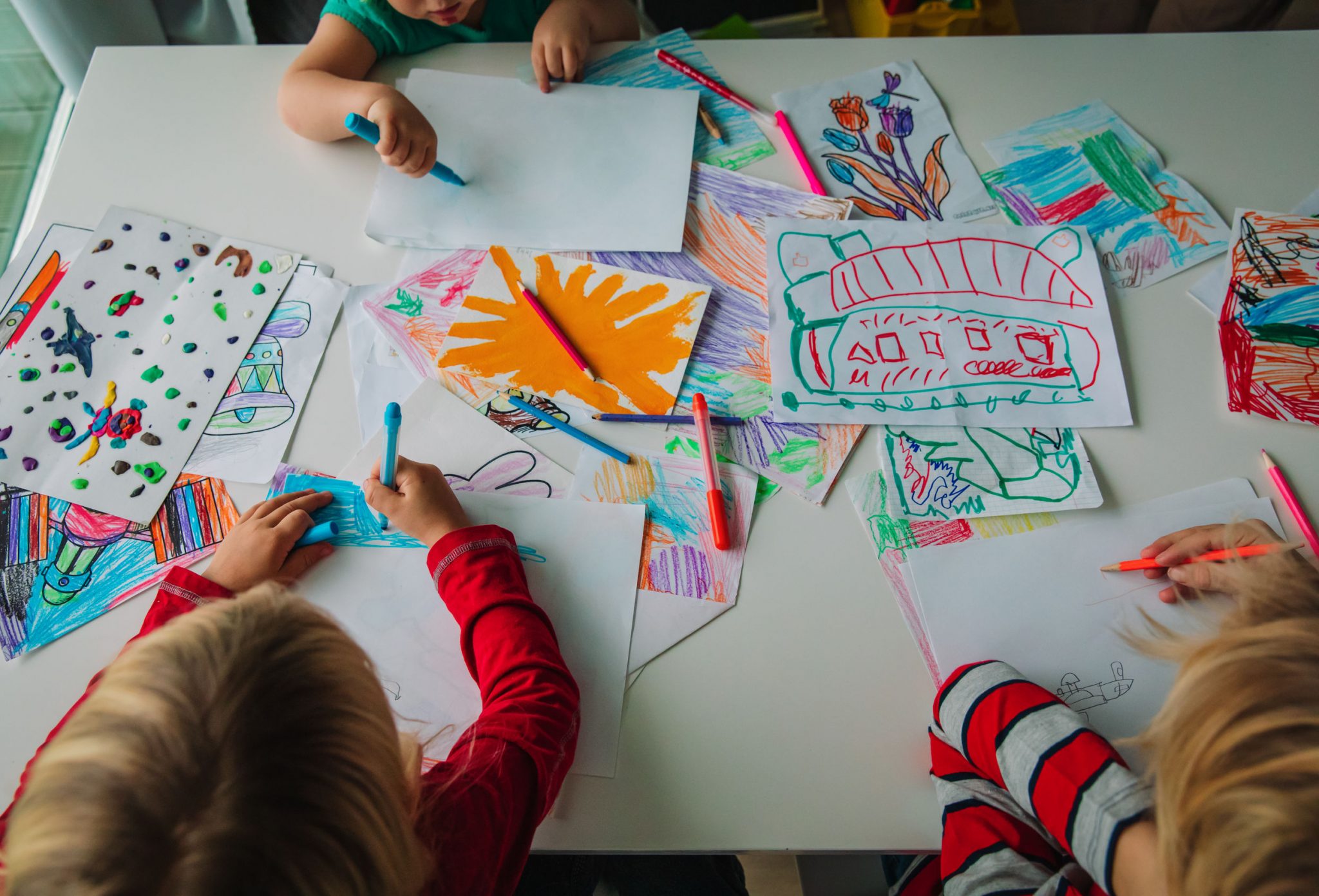 We are well into the second year of the pandemic, and while vaccinations have been made available to most countries around the world, we are still expected to continue spending time at home until everyone has been inoculated; experts estimate that it will take another 2 to 3 years to achieve that.

If you as a parent has run out of creative ways to keep your child entertained while staying away from the internet during lockdown, we have looked into some of the most searched trends among kids in 2020 to help parents look into something that has been missing for children growing up in the digital age: hobbies. 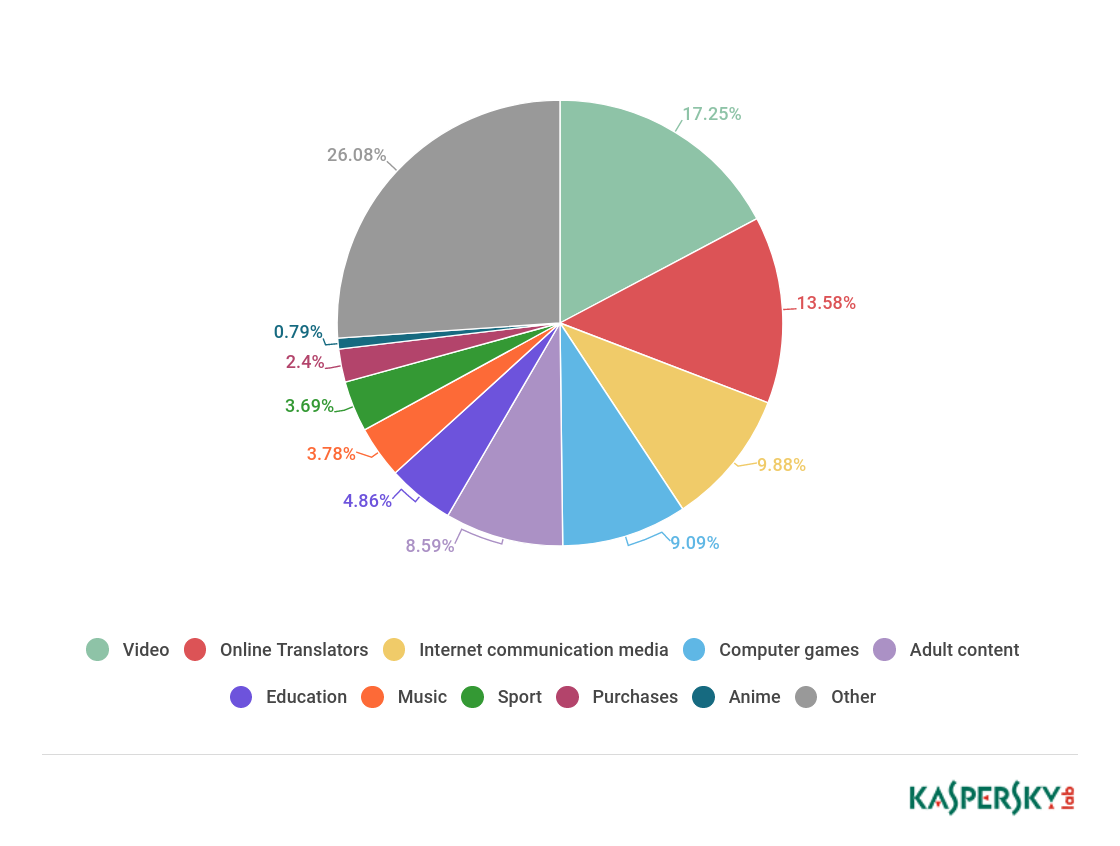 The last time we spoke to Teaching Worthy’s Teacher Kean, he mentioned that children these days don’t have hobbies anymore: “Hobbies are so fundamental in helping children find their direction in life, because they are experiments to help us discover what we like, and what we don’t like; and that, in the long run, gives us directions as to what we want to be when we grow up.”

Based on what children are searching for most online, here are a few ways parents can ascertain what the little ones may be interested in, and thus, find ways to help them develop hobbies that may not require them to spend time online for long hours; and even if it does, it’s for something beneficial and useful to them in their growth and development as a person.

While it is not on top of the searched trends for children last year, social media platforms, such as Facebook, Instagram and Tumblr, still take up 9.88% of their online searches. Reports have shown that “as of January 2020, about 81 percent of the Malaysian population were active social media users; a one-third increase compared to 2016, amounting to approximately 60 percent of the total population in Malaysia.”

This is mainly due to the fact that the younger generation are into social media with photo sharing features. While it is important to educate them on privacy on the internet, there is no harm in looking into their interest in photo sharing to tap into an unexplored hobby: photography.

While tech heavyweights out there have been competing against one another in coming up with the new models, packed with the best camera features – Huawei has been pushing out mobile devices with Leica Camera lenses, whereas Samsung is currently at the lead with a built-in camera with the highest number of megapixels (108mp); parents may look into getting their children proper cameras instead to harness a potential skill in them.

There is a wide range of entry-level digital cameras out there that not only fits any budget out there, (most are even cheaper than the newest iPhones or Android phones out there), but are also compact in size, and carry features that allow photo sharing directly onto  your children’s social media platforms.

Not only that, parents may also encourage their children to take photography more seriously by having family-only photo sessions in their own backyard, followed by a family night-in where the kids can showcase their works on TV. It is definitely a confident and motivational boost for the kid to keep improving their skills. Not to mention, raising their “game” on social media without using Instagram or VSCO filters, but just the sheer #nofilter talent that they have – it’s a win-win for everyone!

However, if you are a parent who’d rather not encourage your children to be as active on social media, there are still plenty of ways to organise indoor activities for the whole family, based on what they are searching for online.

According to Kaspersky, “today’s netkids are most interested in video content (17.25% of all queries): mostly cartoons, vlogs, and computer game streams on YouTube and Twitch; meanwhile Securelist states that over the past year, besides watching YouTube videos, children have been watching TV shows and movies on Netflix.

Instead of restricting them alone time to go on these streaming sites, parents can look into what they are interested in lately, and call for family time activities for the whole family. From our previous talks with Teacher Kean of Teaching Worthy, we have found out that kids have been watching streamers of makeup tutorials and five-minute crafts “to be amused, and to distract themselves, but they are not actually practising any of the valuable skills that these videos can teach.” So, if you’ve been noticing your children watching a particular genre of how-to videos on YouTube, parents can jump in and suggest if they should try out these five-minute crafts together, or work on some bakes in the kitchen – and yes, even try out that smokey eyes makeup effect on the moms, or even the dads.

Parents with children constantly on streaming platforms like Netflix can opt for a movie night-in for the whole family. Keeping in mind the age-appropriateness of the selected films, based on your children’s ages, not only can parents be in on what the children are interested in for entertainment, (in a way, monitor and actually know what they are up to), these movie nights are great for family bonding as well.

Not only that, based on what they are watching on Netflix, parents can gauge on hobbies their children might be interested in. After The Queen’s Gambit was released on Netflix last October, it became the most watched series of the day on the popular streaming site, with 62 million households watching since its release. While generally the pandemic has increased public interest in chess, the popularity of the show, which centres around the game of chess, has brought back a kind of frenzy last seen in the 1970s: Chess.com has reportedly more than 2.35 million new players since the series debuted, while Goliath Games reported that its October sales for chess sets were up 178% over the same period the year before.

What better time than the pandemic with its lockdown restrictions to learn something that challenges the mind like chess, not only for the kids, but for the parents as well?

Speaking of family activities that may benefit both the children and the parents, Kaspersky has also stated that translation services like Google Translate are the second most popular search topics after video content, with 13.59% of all queries. This coincides with the search for anime content, as Japanese- and Chinese-language queries are particularly prominent among the young ones. (We won’t be surprised if Korean is one of the languages the children are Google Translating these days, in the midst of the K-pop and K-drama trend we are in).

According to the American Council on the Teaching of Foreign Languages, studying new languages comes with cognitive benefits that correlate with higher standardised test scores, better hypothesising in science, and a better overall in memory and critical thinking. Not to mention, those who learn a new language have a more positive perception of people from other cultures.

So, look into downloading language learning apps, such as Duolingo – one of Good Housekeeping Institute’s popular apps for kids, based on its consumer panel made up of real parents and their children. While they may be on their mobile devices, at least they are learning something new that may be useful to them in the future.

Parents may also encourage their children to learn more beyond the language, as studies have shown that, while at the bottom of the list, study-related topics (4.86%) are one of the most popular search queries among children these days. We’re talking about topics that go beyond the classrooms and textbooks; Chinese children, in particular, are keen on history and culture.

So, look beyond the anime and K-drama series, and explore with your kids the origin of the languages and the cultures of their favourite TV shows, which some parents may not have a clue about as well. Learn about Japan with its prehistoric eras and its significance in the Second World War; or China’s different dynasty eras before Communism; or why Korea is split between South Korea and North Korea.

With any hope, when the pandemic is over, parents could even plan family trips to these countries they have learned so much about during lockdown! 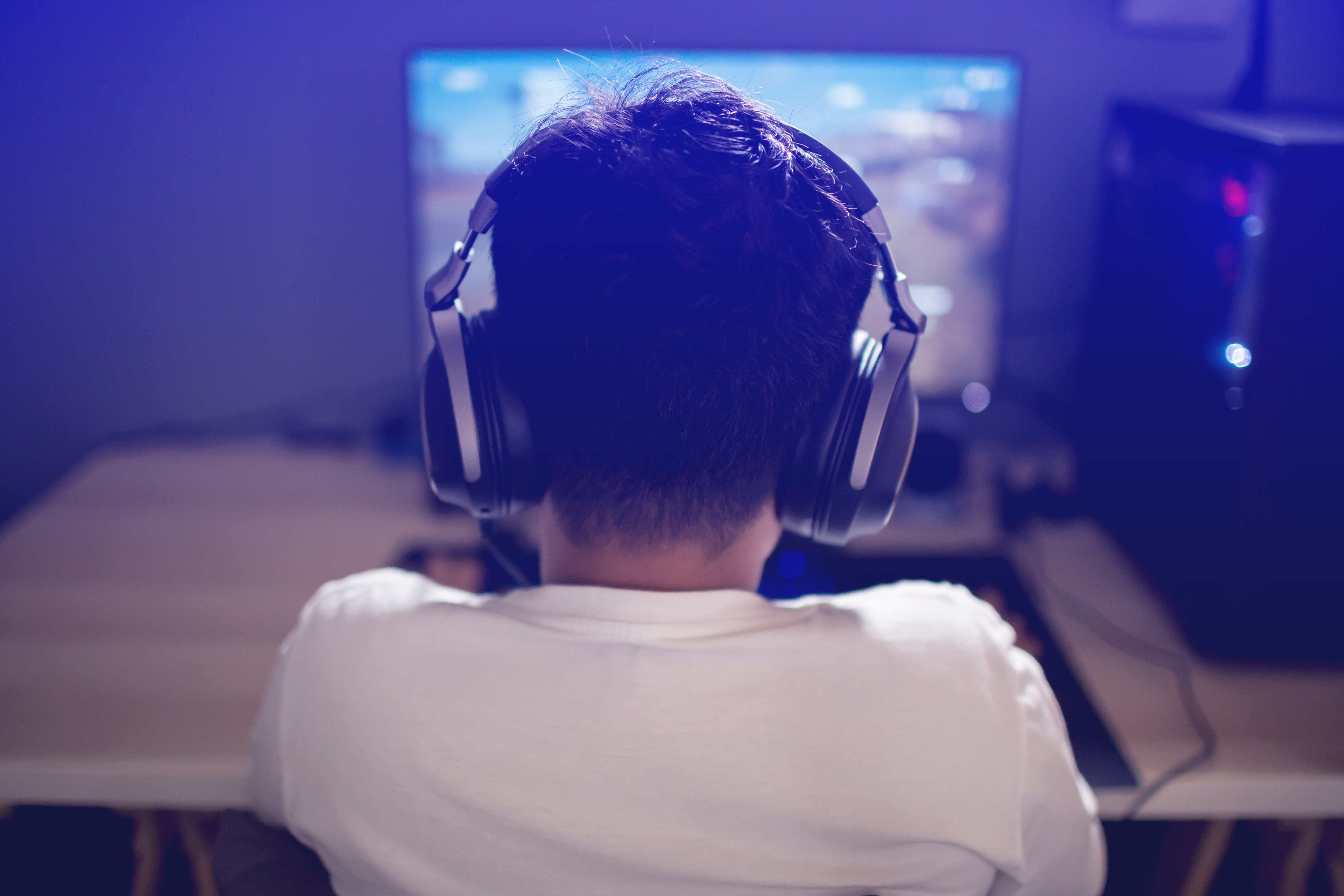 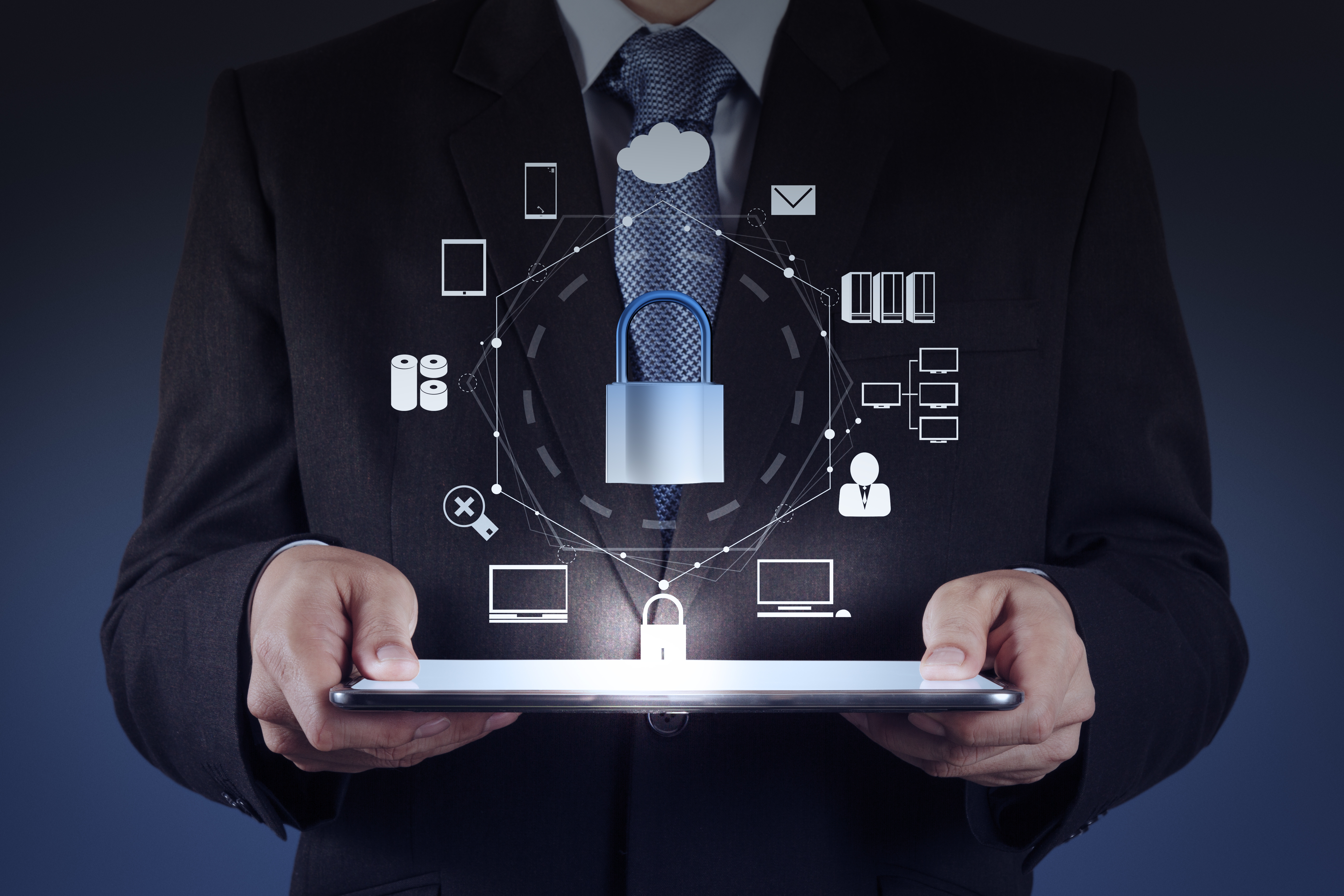